BlokSpace can be summed in one sentence – “harnessing the creative minds of children” where it is important that creativity are nurtured early.

BlokSpace believes that creativity cannot be learned in theory but is harnessed through interaction with other creative and imaginative people. BlokSpace aims to be that center of creativity, with focus on children, which will allow them to play, create, imagine and at the same time interact with other children to share and grow ideas. The aim of BlokSpace is to at every shopping complex or centers, which will be easily accessible, allowing parents to send their children, knowing that their child is in safe and in good hands, not to mention that they will learn valuable creativity lessons while the parents shop.


As the name suggest, BlokSpace involves a space where children create using “bricks”. In this regard, BlokSpace will be utilizing the famous Lego construction bricks and Mega Bricks, etc. By utilizing this popular set of creativity toys, BlokSpace hopes to nurture the sense of imagination, curiosity and creativity among children. Because of the many types of sets of construction bricks available, children will be able to experiment and play with the various sets that will be made available by BlokSpace.


BlokSpace is by CERTUS, a Sdn Bhd company set up in Kuala Lumpur with a paid up capital of RM1 million ringgit. It’s 2 Shareholders and Directors are Mr. Kang Jun Gu and Mr. Shamsul Jafni Shafie. Both Mr. Kang and Shamsul have experience working in the public sector, both in Korea and Malaysia before starting their own private businesses. 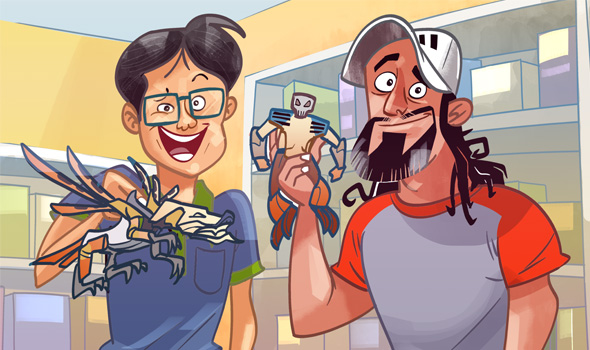 Own a Blok Space
franchise